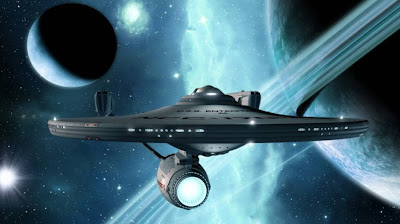 The annual Official Star Trek Convention in Las Vegas for 2011 will celebrate 45 years of Gene Rodenberry’s legacy. It will be held August 11-14 at the Rio Suites Hotel, and despite being a new location for the convention, it is not a less exciting one.

The convention will feature an impressive guest list for Star Trek fans:

George Takei , who played Sulu, and Nichelle Nichols, who played Lt. Uhura in the original Star Trek series, will be appearing Sunday.

Doming Keating and Connor Trinner of Star Trek: Enterprise will be appearing Thursday.

Gwynyth Walsh and Barbara March of Star Trek: The Next Generation will appear on Saturday.

J.G. Hertzler and Robert O’ Reilly, also of Star Trek: The Next Generation, will appear on Friday.

Also announced are Nana Visitor and Rene Auberjonois who have agreed to give a special performance. More are expected to be announced, however, all celebrity appearances are subject to change.

Also in the tentative itinerary is a Yes/No Star Trek trivia game, where fans can put all of their years of Trekkin to use in a chance to win $1750.

The Rio itself is sure not to disappoint fans either. The Rio has more than 2500 suites, each with 600 square feet of total space. Each Suite also includes a separate dressing area, couch, 32-inch TV, table with chairs, in-suite refrigerator and safe. The Rio also features free shuttle service to the Strip, a 120,000 square foot casino, four pools and a spa. So, in addition to basking in Star Trek fandom, guests of the convention and the Rio can enjoy many other things that the Rio has to offer.

Click here to find out more about this event.
Visit Rentacomputer.com today or call at 800-736-8772 if you are in the market for a nationwide Laptop Rental.
This entry was posted in Uncategorized. Bookmark the permalink.