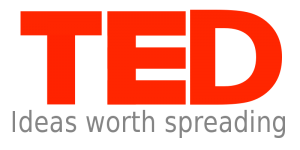 TED, which stands for Technology Entertainment and Design, is a global set of conferences put together by the Sapling Foundation, an American non-profit organization. The conferences were formed to disseminate “Ideas Worth Spreading” and the 2011 conference is approaching fast which is why it is important to gather all the details on the event now so you know just what to expect from the TED Conference 2011.

For the 2011 conference, TED is assembling a host of people capable of “stirring the imagination as never before.” Storytellers, scientific pioneers, provocateurs, explorers, photographers and visionaries from all over the world will be on hand to help make this year’s conference one of the best.

TED, unlike some conferences, listens to the feedback from their community and has made some changes accordingly. In 2011, the conference is being moved one day earlier than usual starting on Monday evening, February 28, 2011 and ending on Friday afternoon, March 4, 2011. This is to allow people more travel flexibility for the weekends on either side of the conference.

The full TED experience includes a lot of things that many people will be thrilled about. TED is featuring a four-day stage performance which features TED’s famous 18-minute talks, music, comedy, dance, short talks, video etc… There is also TED University. TED University is three sessions where “TEDsters” share their expertise that range from anything like “How to negotiate a spreadsheet” to “How to break a board with your bare hands.”

The TED conference also includes evening events, art exhibits, tech demos, test drives, caffeine-fueled conversation breaks between sessions, social spaces where you can watch TED in an informal setting like on a couch, in a bed, on a beanbag chair, while blogging, while eating, while networking or while doing anything else you could possibly imagine. You will also be exposed to online tools that allow you to connect with other attendees before and after the event, TED book club mailings and the famous TED gift bag.

A Copier Rental is a quick way to mass produce important documents for potential customers at an event or conference. Renting office equipment is simple and easy and it can also save you loads of time and money. Rentacomputer.com has been offering copier rentals to more than 1000 cities worldwide for over 20 years.
This entry was posted in Uncategorized and tagged California, Long Beach, Long Beach California, TED, TED Conference, TED Conference 2011. Bookmark the permalink.