CES 2012 to Offer a Plethora of Green Technology 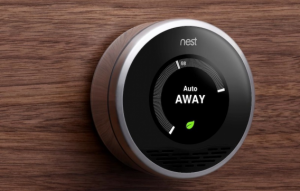 CES 2012 is definitely set to be one of the biggest shows in the convention’s history, with tons of new tech littering the show floor from end to end. While there will definitely be an onslaught of mobile and portable devices on hand, many people are eager to see what CES 2012 will have in terms of green technology, especially new technology honored at the CES Innovations Awards.

Once such product is the Nest, an innovative thermostat that has been designed to help homeowners save a lot of money and energy. It has been reported that the Nest thermostat saves an estimated $360 per year on your energy bill, something many people are going to look twice at.

Another green product set to grace CES 2012 is the ecoATM. The ecoATM is the first self-serve eCycling kiosk that distributes cash or store credit on the spot for your used electronics or cell phones. The ecoATM is one of the most convenient exchange systems for consumers with old electronics and is sure to be a big hit at CES 2012.

Finally, we have the world’s first solar-powered notebook computer from Samsung. The computer is almost entirely powered by solar energy via a solar panel built in, which allows the device to generate one hour of use for every two hours of exposure to sunlight.

Samsung’s solar-powered notebook is, undoubtedly, the first of its kind and also comes with a 1.6 GHz N570 Intel Atom dual-core processor, 250GB of storage and 1GB of RAM. It is also very portable, with thin measurements and only weighing three pounds.

If you want to see all of these devices in person, you are going to have to check out the 2012 Consumer Electronics Show (CES) which will be taking place January 10 to January 13, 2012 at the Las Vegas Convention Center in Las Vegas, Nevada.

Computers, Desktops, Laptops, Servers and the latest in Portable Tablet PCs are available from your computer rental company, Rentacomputer.com.