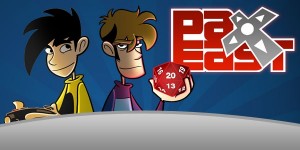 PAX East, which is the Eastern convention for PAX, the Penny Arcade Expo, is quickly becoming one of the biggest gaming conventions in the country, with popularity, unveils, developers, and other gaming goodness that puts it almost on level with gaming conventions like E3, Blizzcon and the Tokyo Game Show. The convention attracted over 60,000 visitors when it opened its doors in Boston for the 2011 show, the second show ever for PAX East.

This was obviously good news for the city of Boston, which profited greatly from all the tourism and business that the convention brought. And it seems that the good news for Boston will continue for a while as it has just been announced that PAX East plans on staying in Boston until at least 2023, according to a statement from the Massachusetts Convention Center Authority (MCAA).

In a statement from Executive Director of the MCAA James E. Rooney, “We’re thrilled to host PAX East for at least 10 more years. Hosting an event for the next decade that draws gamers from around the globe to Boston is fantastic, but the international attention it brings to the incredible advancements coming out of the Commonwealth is a win-win.”

Developers of PAX Jerry Olkins and Mike Krahulik are hoping that the show will only grow from here, eventually hitting around 100,000 attendees and becoming one of the biggest gaming conventions in the world. The original PAX was started back in 2004 and when PAX East made its debut in Boston in 2010, over 52,000 people attended, far more than the Hynes Veterans Memorial Convention Center could handle. The 2011 show was moved to a much larger venue, the Boston Convention & Exhibition Center, the same location where the 2012 show will take place. PAX East 2012 will take place from April 6th through April 8th.

Source: The Boston Globe – PAX East gaming convention to stay in Boston until 2023