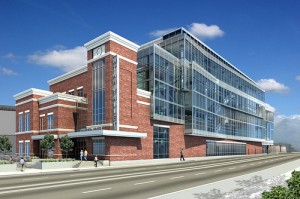 It has recently been confirmed that when it opens later this year in May, the Utah Valley Convention Center will allow beer to be served. The Provo Municipal Council approved, in a unanimous vote, the creation of a new class of beer license on Tuesday that will cover public events at the Center Street convention center.

The city previously had classes of licenses for stores, restaurants, bars and wholesalers. The convention center itself didn’t fit into any of these categories, according to the city’s Chief Administrator Wayne Parker. Parker also added that the city looked to Salt Lake City, Ogden, St. George and other communities in Utah with convention centers to see how they handled things.

This new ordinance will cover the convention center and public sports arenas, as well as private sports arenas that seat over 5,000 people. Under the new license, beer may be sold in unmarked containers and must also be consumed on the premises.

However, not everybody is on board with this decision. Resident Glenn Thurston objects to the license saying that it gives the convention center special privileges. Thurston says that the conference center at the Provo Marriott, right next to the convention center, would not be allowed to serve beer outside restaurants or private rooms. “This ordinance favors a publicly owned facility over a private business,” Thurston said.

In addition to that, Thurston disagreed with not serving beer in its original container. Thurston argued that this action would make it difficult to know if minors were drinking alcohol. General Manager of the Convention Center Danny Wheeler said that the practice at convention centers he has worked at is to serve beer in clear or yellow containers, making it easy to spot someone who is drinking illegally.

The ordinance also makes full background checks optional for people selling beer at stores and restaurants. Parker added that the names would still be checked against a state database of people who violated alcohol laws, but eliminating the mandatory criminal background check will save the police department $150,000 per year.