West Tampa Convention Center to be Replaced by Dollar General 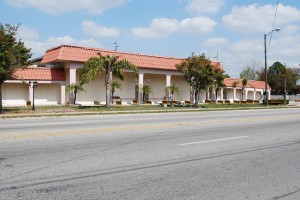 If you frequent the West Tampa Convention Center, either as a guest, presenter or booth operator, then you may not like what I am about to tell you. For the last 40 years the center has been home to things like fiestas, dog shows, conventions, exhibits, flamenco dance recitals and tons of other shows. Unfortunately, that rich history may not be enough to keep the center from being torn down.

Tampa City Council members will be voting soon on whether or not to keep the center or tear it down and replace it with a Dollar General store and an unidentified second tenant. Plans for the property where the center stands include two buildings, one of nearly 5,400 square feet and another of around 9,200 square feet. Centro Español de Tampa ethnic and cultural club, who owns the property, currently has a sales contract pending the zone approval.

However, not everything is going well for the center itself. Structural problems plague the building, including uneven floors, which could cost nearly $2 million to repair according to Rick Caldevilla, who serves on the board for Centro Español. “It’s run by volunteers,” Caldevilla stated. The nonprofit club purchased the building in 1990 from West Tampa Civic Clubs.

It also seems like there isn’t much resistance to getting rid of the center and putting in the new buildings. According to Caldevilla, “It seems like everybody is pretty much in favor of Dollar General going there.” President of the MacFarlane Park Association Jerry Scaglione added, “I have not seen or heard any opposition. Instead there is interest in bringing new retail and jobs to the area.”

The outcome doesn’t look good for the West Tampa Convention Center. If you are a fan of the center then you better get your last looks in soon because the next time you go there you are more likely to find a Dollar General.