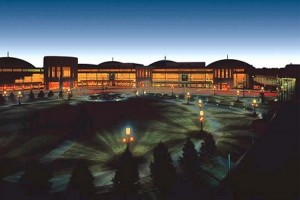 If you haven’t updated your bathroom facilities in over 20 years then something isn’t right. That’s exactly what has happened at the Minneapolis Convention Center and things are finally going to change with a $2.5 million makeover for the convention center commodes.

Last week the Minneapolis City Council signed off on a brand new deal designed to offer a complete overhaul of the 32 bathrooms located inside the convention center. The lowest bid, which came in at $2.5 million, was offered by Shaw-Lindquist Associates Incorporated.

Jeff Johnson, the head of the Minneapolis Convention Center, stated that the bathrooms have remained pretty much exactly the same since the late 1980’s to early 1990’s. Included in the overhaul are all of the facilites in the convention center sans the ones in the latest expansion.

According to Johnson, “We’re basically going through and hop-scotching around the venue and redoing the bathrooms to bring them up to today’s standards. This is something that we see on our customer surveys all the time: that the bathrooms need to be updated.”

In addition to that, Johnson stated that the upgrades will include all new tile, flooring, toilets, plumbing, countertops, sinks, faucets, mirrors and lighting. Johnson also expects that the renovations will help create a better “fit and feel” and will help the center reduce water consumption by as much as 50% by the year 2015.

$2.5 million for bathroom renovations seems like a lot, at least to me, which brings to mind two questions: How bad could the bathrooms at the Minneapolis Convention Center be and why in the world has it taken them over 20 years to update them? I mean, I don’t know the first thing about running a convention center but I think I would at least update the place people will definitely have to go at least once while they are at the center a little more regularly.

One Response to $2.5 Million to Renovate Minneapolis Convention Center Bathrooms