Moscone Convention Center to Expand Due to Lack of Space 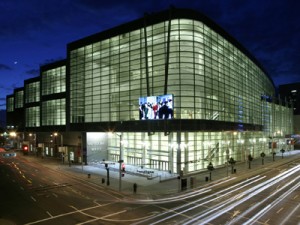 The Moscone Convention Center, which is considered by many to be the centerpiece of the convention trade in San Francisco for the last 30 years, is running out of space as demand for the center continues to grow year after year. This lack of space is threatening to put the city at a disadvantage in terms of competition with other cities to book some of the more lucrative trade shows, conferences and conventions.

According to San Francisco Mayor Ed Lee, the answer is simple: “We are going to expand Moscone Center.” Lee made the announcement at a crowded luncheon hosted by the San Francisco Travel Association, a luncheon that was conveniently located at the Moscone Convention Center.

Details on the expansion are scarce with Lee stating that it is still a work in progress. Architectural firms Skidmore, Owens & Merrill and Mark Cavagnero Associates have been contacted and tasked with developing a 25-year master plan for the entire expansion. “We’re at the very, very front end, the vision process,” stated John Noguchi, the city’s convention facilities director. “The goal is to have a preliminary plan drawn up in about six months, with the first phase of construction completed in late 2017 or early 2018.”

According to Noguchi, “The key word here is flexibility. The building should be able to morph from meeting rooms to exhibition space, depending on the convention.” Noguchi added that the architects will look at expanding the existing facilities and maybe build up or find new space. The one thing that is for sure, however, is that it will still be located in the same South of Market area.