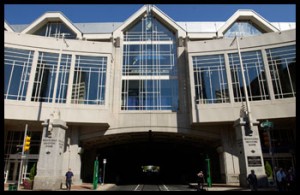 If you frequent the Philadelphia Convention Center then I have some great news that you will definitely want to hear. Anybody who goes to a lot of conventions knows that they can be expensive. Aside from tickets and permits, there are also fees for different things, adding to your overall costs. Well luckily, one of those fees at the Philadelphia Convention Center will soon be just a memory of more expensive times.

The elimination of the 8% labor management fee that is charged to groups by the Philadelphia Convention Center will formally go into effect on Sunday, July 1, 2012 according to the Pennsylvania Convention Center Authority, which is responsible for overseeing the center.

The elimination of the fee was previously announced back in the beginning of April and is intended to make the Convention Center, as well as the city, more competitive in attracting group business. Group business is extremely important for conventions and convention centers, as well as the cities that host them, because it means more people and more profits to the center and the surrounding businesses.

Other changes, in addition to the elimination of the group fee, include mandatory hospitality training of workers, a new customer service booth on the show floor and increased transparency of labor rates and hours. These new changes, including the fee elimination, have all been designed to enhance the overall customer service that the convention center provides.

According to a recent statement from President and CEO of the Pennsylvania Convention Center Authority Ahmeenah Young, “The elimination of the 8 percent labor management fee reflects our commitment to reducing costs for our customers, as well as improving the overall customer experience.”