Long Beach Arena and Center Theater to Get Major Upgrades 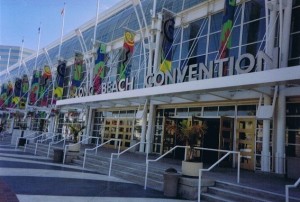 The Long Beach City Council is expected to vote on July 3 on whether or not to give the convention center’s management company, SMG, full authority to handle the two projects. In addition to that, the city has already allocated the funding from tidelands Measure D oil revenue back in February. That was all part of a quarterly budget adjustment that appropriated more than $17 million to “high priority” capital projects. What remains to be seen is if the two projects for the convention center will be listed as “high priority”.

SMG is required to ensure that the bidding process for the projects comply with city regulations and that the resulting contracts follow state labor code along with the city’s insurance, bond and other requirements. SMG is responsible for this due to agreement that the company signed with the city.

The new improvements to the convention center would include the creation of a loft-style ballroom in the Long Beach Arena, which is typically used as a sports and entertainment venue seating 13,500 people. The project, which would take place in two phases and is expected to be completed as early as January, also involves creating 45,000 square feet of event space by installing electronically operated curtains that drop from the ceiling, enclosing the floor area and covering views of the upper deck seating while still providing audio and visual equipment.

The ballroom space is expected to provide an “intimate environment for dinners, banquets, conventions and concerts” according to officials, with seating for as many as 5,500 people, which would double the convention center’s current ballroom capacity.