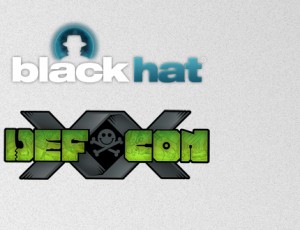 Black Hat has actually already come and gone, having run Saturday, July 21 to Thursday, July 26 at Caesars Palace. DefCon, on the other hand, is celebrating its 20th convention at the Rio from Friday, July 27 until Sunday, July 29.

The Black Hat convention, which started back in 1997, brought in around 6,500 attendees. The convention’s specialty is training and briefings from over 100 security researchers. The topics are generally incomprehensible to the layperson, focusing on Windows 8 heap intervals or JavaScript botnets, among other topics.

Many of the briefings focused on a problem that many companies these days are facing and that is their inability to protect customer data. Bruce Schneier, security technologist and author, told the crowd at Black Hat that technological innovation and faster technological change lead to security gaps that make it easier for hackers to attack.

According to Schneier, “Attackers can make use of innovations faster. Banks get on the internet, within minutes, there’s a new breed of international cybercriminal.”

Just because someone describes themselves as a hacker doesn’t mean they are bad, though it doesn’t mean they are good either. The ones who typically attend DefCon, however, are usually closely monitored. Federal agents have a tendency to infiltrate the convention to learn from hackers, in order to find out what they’re up to. According to Schneier, “The IT industry needs DefCon because otherwise IT is boring.”