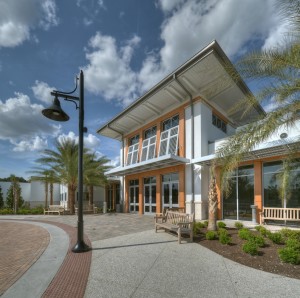 Jekyll Island, Georgia sounds like a place that you would find in a horror movie. In reality, it is the location of a brand new convention center, one that is attracting a lot more attention than originally anticipated, much to the delight of convention center officials and convention goers. According to officials, the Jekyll Island Convention Center has seen business exceeding expectations.

Officials state that the all-new meeting space, which comes with a beautiful beachfront view, has hosted 35 events in its first 73 days since opening back in May. What’s even more impressive is that many of those events stretched across multiple days, according to officials, who added that the convention center had some type of event going on for 59 of those 73 days.

Allyson Jackson, the General Manager for the Jekyll Island Convention Center, stated that she was “completely floored” by just how much business the center attracted in its first two-and-a-half months of being open.

Taxpayers in Georgia forked out approximately $50 million for the convention center, which measures 128,000 square feet. The center itself is the focal point of a revitalization effort to turn around state-owned Jekyll Island’s slumping tourism and convention business. Officials also say that the island’s meeting spaces and hotels had become outdated, prompting travelers to look for other destinations.