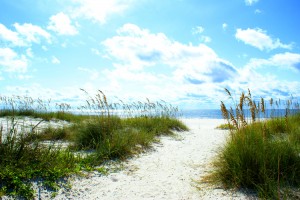 Tourism leaders in Alabama have decided that a new conference center on the Gulf Coast should be a top priority for the state. According to Alabama Tourism Director Lee Sentell, “That’s the No.1 item on our wish list.” Sentell also spoke on the sidelines of the Alabama Governor’s Conference on Tourism which was held recently. At the conference Sentell stated that the lack of a large-scale, beachfront convention center is costing Alabama up to $300 million in annual spending.

Sentell added, “We’re losing that business to the Florida panhandle because we don’t have the facilities to accommodate demand. It’s a huge financial loss for Alabama.” Robert Bentley, Alabama’s Governor, addressed the conference as well and said that he remains strongly supportive of a proposal to construct a lodge and conference center on the gulf coast.

According to Bentley, “It is one of my major projects to help support the Alabama Gulf Coast.” Bentley also added that he has also been a proponent of the project since before taking his position as Governor. Alabama, which is strapped for cash at the moment, is unable to afford building the convention center outright, though the project could get on a fast track as soon as the state receives its share of fine money paid by BP as a result of the 2010 Gulf oil spill.

The amount of that money is still undetermined as the U.S. Department of Justice is still working to tally up the the extent of harm caused by the spill. Congress has already approved legislation known as the RESTORE Act, which will direct those federal fines to the Gulf Coast states affected by the spill. A 10-member committee  of elected officials and business leaders from Mobile and Baldwin counties in Alabama was created to determine how the money is to be spent.

Bentley, who is the chairman of the committee, stated that tourism is a “clean industry” that already accounts for more than 160,000 jobs and $10 billion in annual spending across the state. “Tourism presents a face for our state,” Bentley said to nearly 100 state tourism officials. “As I try to recruit new companies to Alabama, it helps encourage them to come to our state. So we need to do all we can to promote it.”

Sentell also added that Alabama brought in a record 23.6 million visitors last year, generating $50 million in lodging taxes. The majority of that money, around $37.5 million, went to support the state’s General Fund budget according to Sentell.