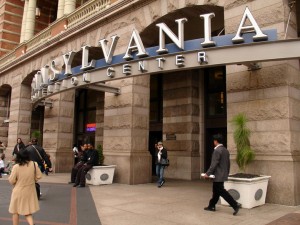 The Pennsylvania Convention Center Authority just announced that it is currently looking for companies that are qualified to help run the convention center. While this may come as a shock to some, the move has been anticipated by many for some time now. The Pennsylvania Convention Center Authority board stated that it has issued a formal reqest for qualifications, otherwise known as an RFQ, for firms.

Chairman of the Board Gregory J. Fox had previously stated that he wanted the letter sent out by the end of August. The entire board, which consists of 15 members, voted on August 15 to examine other options that would be viable in operating the convention center, which recently completed a $786 million expansion back in March of this year.

According to Fox in a statement on Friday, “The board has issued the RFQ as part of its ongoing obligation to Pennsylvania taxpayers to ensure that the center is running at maximum efficiency and competitiveness. The purpose of the RFQ is to gather information, and we look forward to obtaining responses from all qualified firms who wish to participate.”

There has yet to be any word on any interested firms, or any firms that have responded to the RFQ. There also hasn’t been any word on certain firms that the Pennsylvania Convention Center Authority may be leaning towards or heavily favoring for submission. It is also still unclear as to what this will mean for the convention center and how it will affect the different conventions that repeatedly use the facility or how it will affect the Pennsylvania taxpayers.