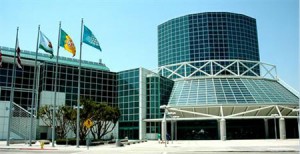 The heads of the Los Angeles Convention Center could be looking at an even bigger cost as they talk about rebuilding a wing of one of the most popular convention centers in the world. According to recent estimates, rebuilding the wing could cost tens of millions of dollars more than the city anticipated only one year ago.

A pair of high-level advisors to the City Council estimated that the makeover for the convention center, which would involve tearing down one section and constructing a new one nearby, would cost somewhere between $287 million and $358 million, an increase over the former prediction of $275 million. The whole reason for this plan, however, is to make room for Farmers Field, the $1.2 billion football stadium planned by developer Anschutz Entertainment Group.

But what exactly caused this dramatic increase in price? The decision to seek additional design elements for the convention center, which includes a new ballroom (the largest in L.A.), is one thing that is driving up price according to City Administrative Officer Miguel Santana. The new ballroom was deemed “vitally important” to attracting large crowds to the center according to the report. According to Santana, “Because our goal is to make this a much more competitive space for national conventions, that added feature makes sense and is worth doing.”

The good news is that despite the increased cost, construction will be able to go on as scheduled due to lower than expected interest rates on the bonds that will be used to finance the project. These new cost estimates are contained in a series of reports that will go before the council’s Ad Hoc Committee on Downtown Stadium and Convention Center Renovation. The same day this is taking place, the city’s Planning Commission is to review land-use documents connected with the stadium and convention center project.