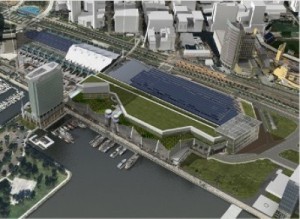 The third phase of the expansion plan for the San Diego Convention Center has officially been approved. The city council gave the green light ahead of environmental impacts and tax financing needed to make the facility one of the best in the country.

Construction contractors are able to built the full convention center without sacrificing any expansion work due to a concern on environmental impact that outweighs the benefits that the larger convention center is set to bring to the city. The council members agreed that the project meets all the requirements with CEQA standards.

One of the biggest concerns was the lack of funds for the expansion in the city’s account. However, that fear has been laid to rest and can no longer affect the construction. The tax on hotel properties in the recently formed facilities district was approved by hotel property owners in a vote accepted by the city council. This will soon become a reality and the city will begin to take in money from the hotel owners in the district and use all of it to expand the convention center and maintain it.

This expansion is good news for enterprising businesses that depend on the center’s expansion to provide them with an increase in visitors, which was previously promised by the council members. The 12,000 jobs, created by the events in the downtown area filled with restaurants and entertainment houses, which is expected to increase by 50%, will give visitors enough service for them to enjoy themselves in the area. In addition to that, local union workers can look ahead to getting more event jobs in the long run.

The expansion to the San Diego Convention Center definitely holds a lot of weight for the city and the surrounding businesses. Hopefully the new addition can live up to the anticipation of the city and its occupants.