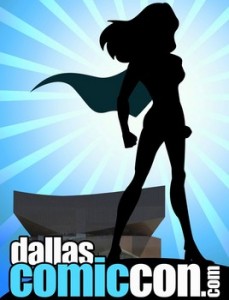 The San Diego Comic Con is undoubtedly the nerd mecca for all things comic book, superhero, pop culture, video games, movies, collectibles and more. But just because the San Diego event is the one convention to rule them all doesn’t mean that the other ones around the country are anything to thumb your nose at. There are plenty of other Comic Cons that have almost as much to offer as the one in San Diego, like the Dallas Comic Con.

The Irving Convention Center was the host of this year’s Dallas Comic Con, which is considered to be one of the largest ones outside of San Diego. This year’s event had some of the biggest names in comic books and pop culture, including Robert Englund of the Nightmare on Elm Street franchise and Sean Astin from the Lord of the Rings trilogy. In addition to that, Stan “The Man” Lee himself, the creator of some of the most iconic comic book characters in history, was also on hand to sign autographs and chat it up with fans.

The convention spanned a full three days in order to accommodate the increasing number of fans. Fan numbers more than doubled from the roughly 10,000 attendees at the event in February to the 20,000+ attendees in May, which caused some pretty long lines of sweaty, eager nerds in full cosplay, which is always a sight to see.

My dream is to one day make it to the San Diego Comic Con and fulfill my nerd pilgrimage to the holy land. Until I can make that dream a reality, however, I guess the Columbus (OH) Comic Con will have to suffice. With all the people at the Dallas Comic Con, and the increasing popularity of comics from movies like The Dark Knight Rises and The Avengers, I feel like I will have to get there three days early just to find a spot in line.