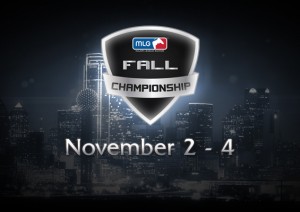 When most people think of fanatical fans, they think of people who religiously follow their favorite sports teams around, painting their bodies, standing in long lines for a chance to watch them play or even get a chance to meet them. However, there is a slightly less known industry that has the same amount of devotion and one that brings in crowds that are as big, if not bigger, than some professional sporting events. I’m talking about Major League Gaming.

Better known as the MLG, Major League Gaming has grown tremendously in recent years, especially with the increasing popularity of next-gen consoles like the Xbox 360 and PlayStation 3. The Dallas Convention Center was packed wall to wall with gamers, pros, fans, commentators and games for the MLG’s Fall Championship that brought in players from all over the entire world.

Over $180,000 was up for grabs with some of the best video game players in the world competing in a plethora of different games, including League of Legends, StarCraft II and Mortal Kombat. One of the highlights of the tournament was a StarCraft II match between Grubby and Flash, gamertags of two of the best SCII players in the world. Grubby is a 26-year-old player from the Netherlands while Flash is a storied Korean champion of Brood War, the expansion to the original StarCraft, though he is fairly new to StarCraft II. It’s almost like hearing about the Ali vs. Frazier fight.