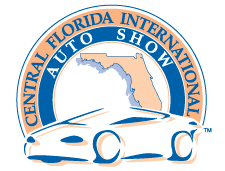 The show, which is hosted annually, features hundreds of the latest and greatest automobiles, including exotic models and even electric cars. In addition to that, the show features over 45 models from a dozen different manufacturers that will be available for test drives by attendees.

Admission to the event is $9 for adults, $5 for military personnel (with ID), senior citizens aged 62 or older and students under the age of 21 (with ID). Children ages 7 to 12 are charged $3 per ticket with children 6 and under getting in free when accompanied by an adult, though I find it hard to believe there is an influx of small children trying to get into this thing by themselves.

The show, which is presented by the Central Florida Auto Dealers Association and produced by Motor Trend Auto Shows LLC, is open in the West Concourse at noon and closes at 9:00 p.m. on Thursday. Hours for Friday and Saturday are 10:00 a.m. to 9:00 p.m. with Sunday running from 10:00 a.m. until 5:00 p.m.

Thanksgiving weekend seems like a strange time to hold an automotive convention, but who knows, maybe the show has some killer Black Friday deals? I wonder what the discount is on a new Mustang? Regardless, the show is being held this weekend, just in case you can’t handle being with your family for extended periods of time.