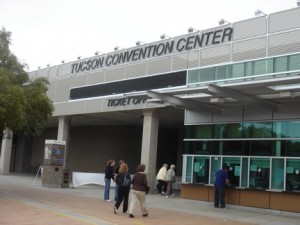 Things are not looking good for the Tucson Convention Center or the city taxpayers. Recent reports have confirmed that the residents of Tucson have had to pay out hundreds of thousands of dollars in settlements for events that were double-booked at the convention center.

Nobody knows the exact amount that taxpayers have to pay considering the fact that the city is still sorting through all the books. However, records have shown that at least $300,000 in settlements for two events that needed to be rescheduled due to double booking is already owed. In addition to that, the records show at least five other shows that were double-booked, though any financial settlements or costs for those are not available.

The Pima County Sheriff’s Department recently launched an investigation that focused on possible conflict-of-interest violations by longtime Tucson Convention Center Deputy Director Tommy Obermaier for acting as promoter and Tucson Convention Center booker for an event. The investigation was unable to turn up any criminal violation, though it did reveal at least seven instances of double-booking which the city was ultimately responsible for.

Obermaier has been on paid administrative leave since August while the city investigates his job performance while Tucson Convention Center Sales and Marketing Manager Kate Calhoun described Obermaier’s handling of contacts to investigators as “loosey-goosey”. In addition to that, Calhoun stated that many of the contracts were not signed or properly filed until after the event took place and that things like this have been going on for years.

Moreover, Calhoun also said that the Tucson Convention Center would co-promote some events, despite the fact that it was prohibited from doing so because it would place the city at financial risk should problems arise. Overall, Calhoun told investigators that Obermaier operated “in chaos and pandemonium.”