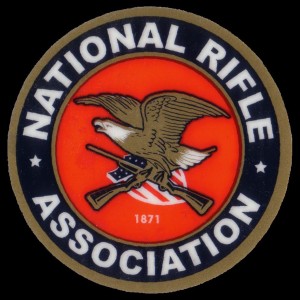 The horrible events in Newton, Connecticut recently have left our nation mourning and shocked and have put many people up in arms over restrictions and regulations over firearms. No institution is more vocal in favor of the legality of firearms than the National Rifle Association (NRA), which is poised to hold its 2015 convention in Nashville, Tennessee. However, political activists are trying to convince the city to drop the events in light of the recent school shooting.

However, canceling the event could cost the city severely in both cancellation penalties and missed revenues. That isn’t stopping Democratic political consultant Linda McFayden-Ketchum from putting together an online petition to ask Nashville Mayor Karl Dean to retract the the city’s invitation to the NRA. McFayden-Ketchum, who used to be a teacher, said that Nashville should do its part to put a financial stranglehold on the NRA after the events in Newton.

According to McFayden-Ketchum, “It all comes down to money. I just think kids are more important – and teachers…. I don’t think we need that money. Let them go somewhere else.”

Nashville officials announced two years ago that the NRA is expected to bring 48,000 out-of-town visitors to the city, benefiting local hotels, restaurants and bars in April 2015. In addition to that, thousands more are expected to drive in from the region, making this the biggest convention booked so far at the new convention center that is set to open next spring.

Breaking this agreement could force the city to pay penalties to the NRA. The Metro Convention Center Authority recently paid over $650,000 to two different groups because it was unable to get the Music City Center ready in time for their events. City officials are also wary of rejecting a convention on political grounds, which could lead to future lobbying efforts against other controversial groups and hurt the city’s reputation in hospitality circles.

McFayden-Ketchum stated that Nashville is and should be a welcoming place, and that she knows some people will point to the business that the city will lose, though that doesn’t matter to her. “But there is a line – for me,” she said.