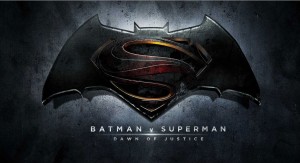 Alright, alright, alright, I know there is a Comic-Con post right beneath this one BUT this one is totally different in the fact that the previous post was written by someone that was not, in fact, me and was about what you should expect from this year’s nerd mecca. This post is, as you can tell, written by me and is going to talk about some of the biggest things to come from Comic-Con this year. Previous post = before Comic-Con. This post = after Comic-Con (Henceforth this post > than previous post).

Ok, so one of the biggest reveals at this year’s Comic-Con was at the Superman v. Batman: Dawn of Justice panel. Director Zack Snyder was joined on stage by the movies trio of stars Superman (Hanry Cavill), Batman (Ben Affleck) and Wonder Woman (Gal Gadot). While the stars didn’t say much, Snyder did reveal the first footage from the highly anticipated Superman sequel / Batman “reboot” / Wonder Woman debut / Justice League setup film. The teaser showed a dark, rainy city rooftop with Batman (in full costume) pulling a tarp of the famed Bat Signal and lighting it up. In the sky we see the famous logo with Superman floating in the light. The camera pans to Batman whose eyes are glowing white (probably some type of bat-visor) and then to Superman whose eyes are glowing red (laser vision!), then the teaser ends. As if that wasn’t enough to get your blood pumping for the film, Snyder also revealed our very first look of Gadot in her Wonder Woman costume and, needless to say, it’s pretty darn impressive. No word on the Jason Momoa/Aquaman rumors that have been circulating but, at this point, I don’t think people cared.

The other massive superhero movie that was blowing up the con was, of course, The Avengers 2: Age of Ultron. Panel host Chris Hardwick (The Nerdist, The Talking Dead, @Midnight) was joined on stage by Director Joss Whedon and (almost) the entire Avengers cast which included: Robert Downey Jr. (Iron Man), Jeremy Renner (Hawkeye), Colbie Smuldres (Agent Maria Hill), Chris Hemsworth (Thor), Chris Evans (Captain America), Mark Ruffalo (Bruce Banner/Hulk), Samuel L. Jackson (Nick Fury), Aaron Taylor-Johnson (Quicksilver), James Spader (Ultron), Paul Bettany (JARVIS/Vision), Elizabeth Olson (Scarlet Witch) and special guest Josh Brolin (Thanos). All throughout Comic-Con individual character posters were released for the Avengers and, once put together, these posters formed a bigger poster of the heroes surrounded by Ultron’s minions. Some footage was shown of this film as well but, like Dawn of Justice, it was private for the Comic-Con audience.

Other superhero news came from the people developing the Ant-Man film. The film has been struggling lately with the departure of Edgar Wright and the subsequent departure of some of the cast members. There were a few things revealed, however. What we found out was that Evangeline Lilly (Lost, The Hobbit: The Desolation of Smaug/ The Battle of the Five Armies) will be playing Hank Pym’s (Michael Douglas) daughter Hope Pym. It was also revealed (from early footage) that Pym is not fond of superheros in the slightest. Corey Stoll (House of Cards) is set to play Darren Cross (Yellowjacket) with Cross being a sort of protégée to Pym. The road to this film has been rocky so it’s good to see it showing up at Comic-Con and getting back on track.

To wrap things up the first trailer for Peter Jackson’s The Hobbit: The Battle of the Five Armies was revealed. This is the final chapter in Jackson’s Hobbit Trilogy and from the trailer it looks pretty epic. To keep it short we see Smaug burning down villages, Bard the Bowman respected by an Elven army, Azog leading a massive army of Orcs, the Dwarven company clad in kick-ass battle armor and Thorin choosing war over peace. Honorable mention goes to Godzilla 2, which announced the new monsters that the giant lizard will be facing in the sequel. These monsters include: Rodan, Mothra and King Ghidorah.

Did You Know You Can Rent Computers, Laptops, iPads & Kiosks For Any Convention And Have It Set Up By The Time You Arrive With www.Rentacomputer.com? Call 800-736-8772

Trust me when I say that these stories aren’t even the tip of the iceberg that is Comic-Con 2014, they’re more like the snowflakes falling onto the iceberg that will eventually freeze and add to its mass. Comic-Con is the ultimate nerd mecca and the only source for latest news regarding, well, literally almost anything you could ever want to know about in the entertainment industry.

This entry was posted in Uncategorized and tagged Ant-Man, Comic-Con, Comic-Con 2014, Godzilla 2, San Diego Comic-Con, Superman v. Batman: Dawn of Justice, The Avengers 2: Age of Ultron, The Hobbit: The Battle of the Five Armies. Bookmark the permalink.