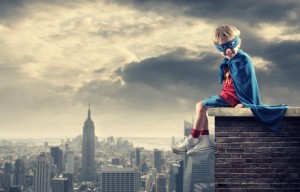 “What’s in a name? ” Romeo Montague muses in the titular Shakespeare play. To Comic-Con International San Diego, it obviously means quite a lot, as they are threatening to take a Salt Lake City, Utah convention to court for allegedly using the name, deliberately sowing confusion among convention-goers.

While there are countless events across the world that use a variation of the “comic con” phrase, San Diego has singled out Salt Lake City as a usurper. The San Diego group seems to be more concerned with the reputation of their own convention rather than the legal semantics of copyright law. In the same cease-and-desist letter, they cited concern that the two conventions may be accidentally believed to be associated. The issue is that of product recognition. If the Salt Lake City convention is successful, then they have cashed in on the years of effort of the San Diego event. If they are not successful, then the burden of failure also rests on San Diego, who was not in any way involved with Salt Lake. Whatever their concern may be, San Diego believes they have a stake in the name and any perceived connection with their event.

However, the planners of the Salt Lake event are not without some legal firepower of their own. In addition to claiming the term “comic con” is widely used and therefore has become generic and not subject to copyright, they have evidence to prove that San Diego doesn’t have a monopoly on the name. On a section of their website dedicated to the issue, they have displayed the trademark application for the name of their event. The application, which is regarding the name “Comic Con” (without hyphen) shows that the San Diego event did in fact apply for the name in 1995, but it has been abandoned after an “inter party agreement” and the patent is considered “dead”. However, the San Diego event does hold a trademark of the name “Comic-Con” (with hyphen) that was registered in January 2007. While it may seem insignificant, in this case a single line may mean the difference between victory and defeat.

Do You Need To Rent Technology For Your Next Convention? Contact www.Rentacomputer.com Today At 800-736-8772

The outcome of this case remains to be seen, but a result in favor of either side will be a game-changer in the world of comic book conventions. If “comic con” or any variation thereof is found to be in violation, dozens of conventions will have to change their names; not because of creative differences, but by the weight of the law.