What Types Of Conventions Should Vendors Look Out For And Why 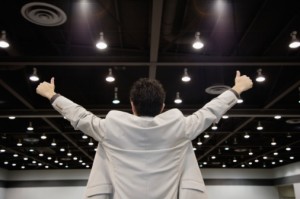 Have you seen the list of conventions that go on annually? The list and sheer number can be nothing short of staggering. If you take the time to actually sit and think about it, there a few stand alone conventions that people really get excited about. You have the gaming conventions such as E3 and PAX. You have the more business consumer technology conventions such as CES, WWDC, The I/O Conference, and the Unpacked Event. Then you have conventions for things like anime, and comic books, such the recent Comic-Con (huge fan of that one personally). There are many many more conventions out there however. They range from a myriad of topics and purposes, but no matter what the convention is about, you can bet that there will be vendors there.

What To Look Out For

It’s All About The Profit

When you attend the convention as a vendor, you’re main goal is to make a profit. You want to make a profit while also getting your name out to the convention attendees that may not know about you. This is where strategic planning comes into play. There needs to be an idea of what to spend money on and how much. Budgeting will be key in making a profit and getting your name out properly. Do you have cards or flyers that could be handed out? Do some need to be made? That could dip into the budget. What about technology that would need to be rented for showing off your service or presenting your product’s/service’s features? Renting the technology in bulk will make it a lot less expensive and can help you on a budget.

The best part about a convention is that technology can be used at just about anyone of them. No matter what the convention itself is about, you can usually always stand to get quite a few iPads to show off your company’s services or products. Doctor conventions. Cheer leading conventions. Business conventions. Tech conventions (obviously). Some devices might be better suited for other conventions, but the use of a projector and projector screen is also seen at a convention at some point or another. Signing people up for news letters or showing video looping about what you’re offering on iPads is a great way to attract attention for your vendor booth as well. The best part is that the more you rent for your vendor booth, the less expensive it is, and the more profit potential you could have.

All Of The Tech That You Need For Your Next Event In One Place–www.Rentacomputer.com 800-736-8772

Being a vendor at a convention isn’t exactly the easiest job. Everyone is at the convention to have a good time and learn more about whatever the event is about. Getting people to stop by your booth can be tiring and time consuming, but also very rewarding. Just make sure you have everything you need and you’re at the right convention, and you could be pocketing quite a bit for your company!