California Remains A Leader For Conventions Despite Drop In Popularity For L.A. 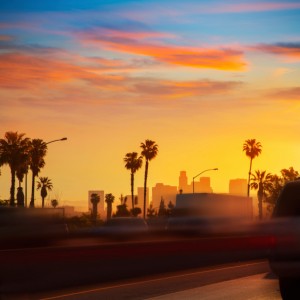 Los Angeles is one of the most popular cities in the entire world. It is home to numerous professional sports teams and is also the film and television center of the world. With all the things L.A. can claim to be #1 at there is one thing that it still struggles with: conventions.

Despite being an attractive location for many things, L.A. is less than attractive for convention and event organizers. However, the city has made a lot of progress over the past few years in order to correct this.

New hotels, restaurants, night clubs and concert venues have been popping up near the Los Angeles Convention Center. This is great news for the area as locals have previously dubbed the neighborhood a “frightening dead zone” at night. Increasing the night life around the center was crucial.

Despite the influx of businesses going up around the convention center, the city has still managed to slip two spots from its #17 spot to the number #19 spot in a new ranking of the most popular destinations for conventions and business gatherings in the United States. Los Angeles is outranked by some pretty well-known and popular cities for conventions, like Houston and Boston, but is also outranked by some relatively obscure cities like Scottsdale, Arizona.

For Your Next Technology Rental In Los Angeles
Call www.Rentacomptuer.com Today At 800-736-8772

One potential reason for the drop in popularity over the past year could be the traffic gridlock caused by construction at the Los Angeles International Airport. Heavy construction around the airport could be a prime factor in keeping organizers away according to Vice President for Product Marketing at Cvent Kevin Fliess. Cvent is one of the largest convention management and technology firms in the country and produces the annual rankings of destinations. “I don’t think that investment has paid off yet,” Fliess added.

On the other hand, officials for the city of Los Angeles are not worried about the ranking. According to Senior Vice President of Sales for the Los Angeles Tourism and Convention Board Darren Green, “The fact of the matter is that through 2028, Los Angeles has 164 conventions on the books with an economic impact of about $2.5 billion. Los Angeles is very much in the convention business.”

The ranking is based on the total number of bookings and requests for bookings for meeting space and hotel rooms plus online queries for nearly 5,000 cities across the nation. According to Fliess, there is some good news for Southern California. For the second year in a row San Diego remained the fifth most popular meeting destination in the country (due in no small part, I’m sure, to the immense popularity of the San Diego Comic-Con) while Anaheim bumped up seven spots to #25 and Long Beach increasing four positions to #44. “So in totality, the Los Angeles area is looking great,” Fliess concluded.