Oracle Corp’s annual conference in San Francisco was held on Tuesday with the main attraction being the company’s former CEO Larry Ellison. Ellison spoke to tens of thousands of technology professionals at the conference, joking about losing his name after stepping down as the leader of Oracle.

Ellison co-founded the enterprise software company nearly 37 years ago and gave up his position as CEO this month. Despite not being the CEO, Ellison still held with tradition by giving the main presentation at Oracle’s OpenWorld. The announcement by Ellison and the company surprised many when it was stated that Ellison would be replaced by Safra Catz and Mark Hurd. 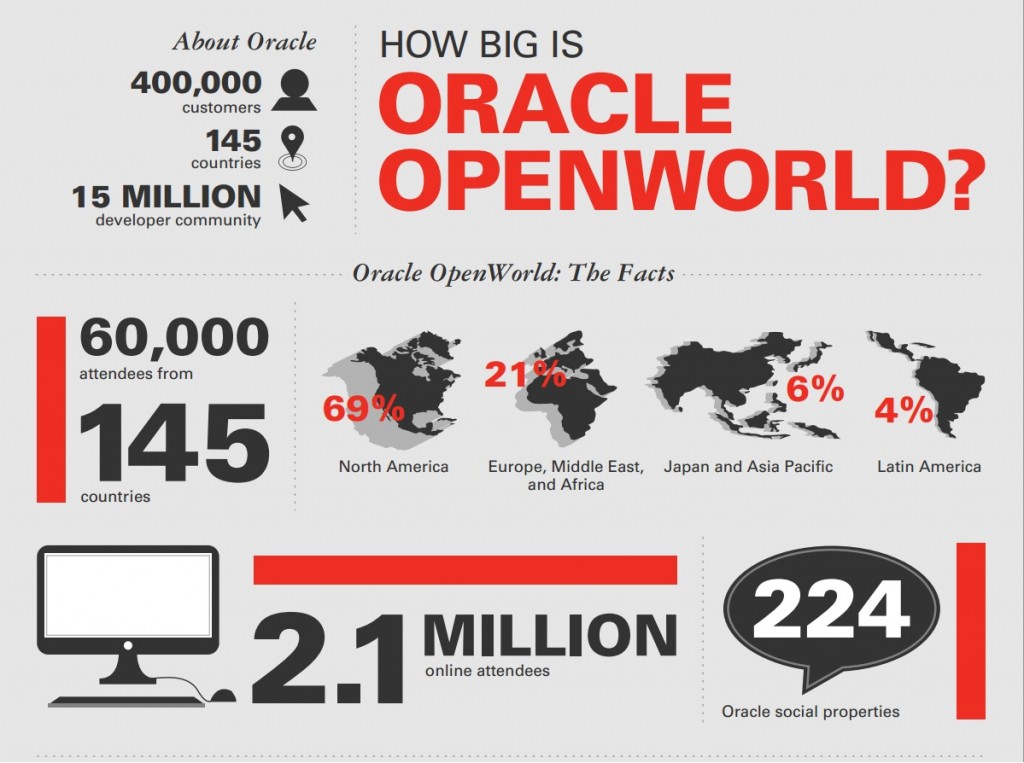 (Click the image above to expand the OpenWorld Infographic)

In order to ease people’s minds, the company assured everyone that nothing would change under the new management structure. Ellison also noted that he would be staying on as executive chairman and chief technology officer. Speaking the massive crown, Ellison pitched Oracle’s newest offering in software and other IT offerings through the cloud.

Off-script comments about his new role in the company, including one during a demonstration of a new service that allows customers to move applications fro their own data centers to Oracle’s cloud, drew laughs from the audience members. “I’m CTO now, I have to do my demos by myself. I used to have help, now it’s gone. I love my new job by the way,” Ellison joked. 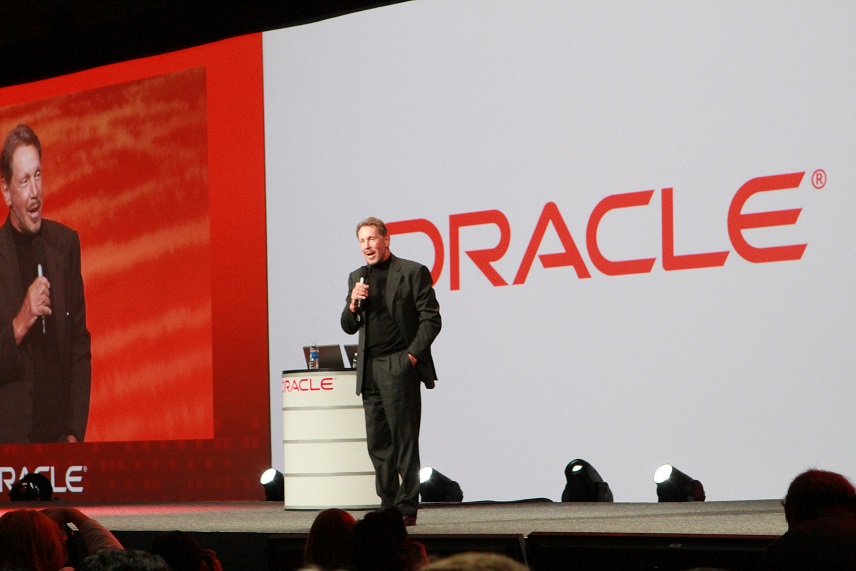 Nearly 60,000 people were enrolled for this year’s OpenWorld, an event that includes technical courses, cocktail parties and a concert by Aerosmith. The event itself is a huge opportunity for Ellison to pitch Oracle’s latest products and vision to corporate customers, engineers and IT managers. “He makes a big impact, the way he showcases his technology. His selling power is great. A lot of people come just to see him,” stated Vijay Thakkar, an attendee at this year’s OpenWorld.

Smaller and more aggressive companies have been offering up some competition to Oracle with software and internet-based products that have prices that typically undercut the company. Oracle’s strategy has long been to integrate software with its own high-end, expensive hardware for greater efficiency. In response to competition, Oracle has been acquiring cloud companies and introducing its own cloud-based products. Despite the fast growth of these products, they still only make up a small percent of Oracle’s overall business.

www.Rentacomputer.com Is Constantly Updating It’s Inventory With New Tech Like The iPhone 6!

Ellison stepping down will mean new things for the company, but just because Oracle is “in with the new” doesn’t mean it’s also “out with the old”. Ellison still has a position in the company, and a rather important one at that. This, in addition with assurances from both the company and Ellison that things would stay the same mean that customers should only be looking up from here.