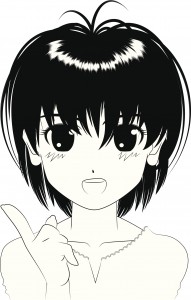 Since the 1980’s one segment of Japanese culture has been building a whole new fan base in the United States. A style of Japanese Animation that dates back to the 1960’s, better known as ‘Anime’, is a continually trending scene for all ages to enjoy.

Besides Japan, the United States holds the title of some of the world’s largest Anime conventions. The largest, and best (as attendees claim) Anime convention, AnimeExp0 2014, is held in Los Angeles at the Los Angeles Convention Center on July 3rd – July 6th. The convention itself has grown dramatically each year as fans travel the country just to attend. In 2012 it was reported that over 49,400 people attended the convention, making it the one of the largest conventions in America.

The convention is known for its ability to bring famous guests and artists to America for concerts and panels. One of the most popular singers that attends is Hatsune Miku, which any Anime fan has to see in person. Hatsune Miku is a 3D hologram that is powered by a high-tech program called Vocaloid. Vocaloid is a singing voice synthesizer that was developed through a research project in Spain in 2000. Anime 3D Vocaloid concerts are a must see.

Other popular events at the AnimeExpo include Battle of the Bands, Masquerade, Anime Music Contest, all night video programming, video game competitions, tabletop gaming rooms, and open-mic Karaoke. Many of the participants also dress up, or “cosplay”, as their favorite Anime series character while attending the convention. Plus the best thing about going to an Anime convention is the dealers rooms, where you can purchase merchandise from private convention vendors of your favorite Anime or video game series. The bigger the convention, the bigger the merchandise room.

If you haven’t experienced attending an anime convention, it’s certainly something to consider participating in if you’re an Anime fan or video gaming fan. AnimeExpo isn’t just the only option to think about either! There are Anime conventions happening each month around the globe. You can find the full schedule Here.

This entry was posted in Uncategorized. Bookmark the permalink.