The Importance of Carefully Vetting Your Event Speakers 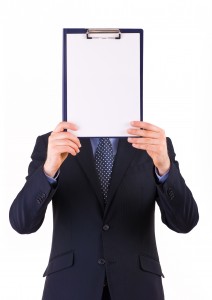 Julius Solaris, founder of The Event Manager Blog, made a great start with getting rid of all-male panels, by pledging not to become a part of panels that don’t allow women but meeting professionals also need to keep an eye on their speakers, just in case they accidentally put their foot in their mouth. The biochemist Tim Hunt, who won the Nobel Prize in Physiology or Medicine in 2001 for his groundbreaking work on cell division, is a great example of what NOT to do while accepting an award, or just public speaking for that matter.

According to an article in The New York Times, they quoted Mr. Hunt from the World Conference of Science Journalists in South Korea, earlier this week.

“Let me tell you about my trouble with girls,” Mr. Hunt told an audience at the World Conference of Science Journalists in South Korea on Monday. “Three things happen when they are in the lab: You fall in love with them, they fall in love with you, and when you criticize them they cry.”

Hunt didn’t seem too apologetic when asked about the situation by BBC. He did, in fact, apologize, but it wasn’t too sincere when he added that it was stupid of him to say what he did in front of all the journalists that attended the conference.

Those on social media are having a field day making jokes about Tim Hunt. Some making jabs at pretending to fall in love by seeing a photo of Hunt and not being able to get any of their lab work done. Others posting photos of signs stating “no girls allowed” and capturing it as his UCL laboratory.

Even though society is trying to say Hunt’s comments don’t reflect its views, they’re still trying to distance themselves from his remarks. All in all, in today’s society, one would think those given the opportunity to speak at social events, would know what is appropriate to say and what should be left in the comfort of your own head. So before it’s too late and your public speaker takes the stage, double check their views or thoughts before destroying their or your event’s reputation.

This is why it is always important to vet your speakers BEFORE they speak. If a speaker at an event says something terrible, it doesn’t just look bad on them. As a result, your event and your brand have now been tarnished as people will automatically associate those remarks with your brand. To all event coordinators: Vet your speakers! To all speakers: Think BEFORE you speak!